oh one last thing to clear up

Fisch is my name, derFisch is the Brand

I'm okay with either but just saying, I'm not der!!! that isn't me

heya chitter, I'm an art snail. here's a few pieces of my recent art. I hope we'll get along!

last of today's art dump is a ref of my sona! now you know everything about the snail

if you wanna see more of my older art, I have more sites linked in my bio! I'll upload all new art here

Just like, fuuuuck dude
I hope the music industry over there improves a little soon

What's even more disappointing about it is most idols train for years (imagine putting as much time in as you might marching band practice, if you did that for all 4 years of high school (and sometimes even longer)) to be able to perform at the level they need to, and most of them are teenage girls from poor families who are hoping to make a living to help contribute, and then your studio just faffs about for a couple years and drops you

Sea*a is a great example of this because a few of their songs got released in like 5 languages and it was this huge international effort between Japan, Malaysia, and Singapore

Man learning about small-time idol groups is always so weird

Imagine getting really hype about some new one that's been advertised around, and they release their first album and it's everything you hoped it'd be, and they do like 5 anime openings because the studio has lots of pull in the industry, and you're really looking forward to when they hold a concert in your prefecture

But the first album didn't do well enough and they're disbanded

au where furries are called fuzzies

I am now fuzzy

if you haven't watched cardcaptor sakura btw, please do

"hm why did I give my tanuki dad glasses anyway"

*looks up a picture of yukito tsukishiro*

happy 14th anniversary to a classic 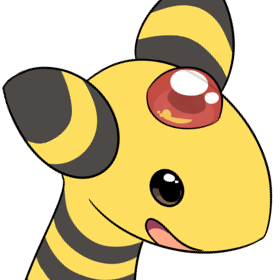