My favorite solution so far, would be to use 64-bit integers for position and velocity and such.

No rounding! But also no decimal places. To deal with -that-, this system would be in units of -microns-. Thousandths of a millimeter. About the width of a bacteria.

And 64-bit integers are SO ENORMOUS that this would give me a playable area of about twice the diameter of Pluto's orbit.

So, I had an idea for a game to make. Again. I have a lot of these but I'm getting better at actually following through!

This one's a weird spaceship fighty game, with enormous distances involved. Like, the entire orbit of a planet and its moon, KSP-style.

On such large scales, floating point imprecision would be an actual issue! As things get further away from the coordinate system origin, they'd become increasingly wrong.

🖌️
Talos Principle is giving me some Thoughts

There's an animal called the Water Flea. It has a single compound eye, a sphere of lenses that sees in all directions- Partially backwards through its own transparent head.

"I’m hearing too much “recycle, compost, go vegan!” and not enough “100 corporations cause 71% of emissions”"

https://dot.kde.org/2020/09/06/akademy-2020-day-3-conference
> In Room 2, Leinir and Andrew Shoben literally couldn't hide their excitement while presenting /KDE Wags Your Tail/, in which they explained how to control animatronic tails and ears using software based on free software and KDE's Kirigami framework.

You heard that right. #KDE and #FreeSoftware is here to augment you with what the base human model lacks (if you want it). This kind of #furry #technology can't happen fast enough 🦊

character redesigned with a ref sheet. 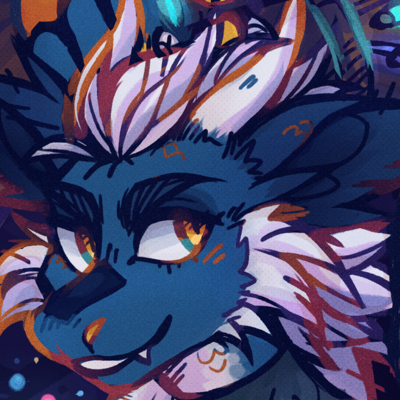 None Binary with Left Femme   @starseeker@snouts.online

Now, this was originally supposed to be an art-based thing, but there's people using lego modeling software and spaceship-making games as their medium, so I've decided to use Space Engineers to do this!
For the first prompt of "light fighter", I made this: the VF-10 'Horsefly' snub fighter! (Yes, I know that's another prompt, I didn't see it until now >.>)
It's got 2 4-barrel 23mm rotary cannons and 2 45mm autocannons, as well as retractable landing gear!
#shiptember

"I have legs for days but more in the 'width' dimension"

[puts on eyeliner with a dry-erase marker]

microgravity throwing techniques: use your tail as a counterweight for the full-body fling

"CATCH"
(this is WAY HARDER without a photo reference lol) 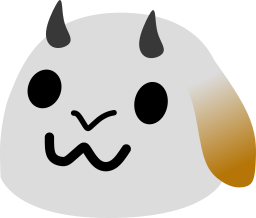